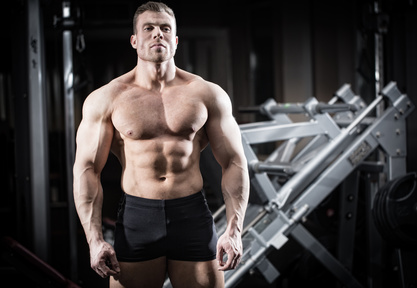 The athletes are constantly looking for new and, above all, performance-enhancing supplements. The selection is huge, but which product is the right one? The name beta alanine has been appearing again and again for a long time, or rather the closely related active ingredient carnosine, which is appearing more and more frequently on numerous labels of various products. But is this substance enough on its own? Basically, muscle growth occurs when the body has to adapt to new force stimuli. The prerequisite is that enough protein is absorbed so that muscle growth is actually achieved. If you want to train more volume with less rest, you will not achieve much without optimal supplementation and nutrition. Therefore, it often makes sense to take different supplements together to get the most out of your body. The combination of beta alanine and creatine is a real insider tip, because taking both active ingredients together has proven to be more effective than taking a single active ingredient. The following explains why this is so.

How does beta alanine work?

Beta alanine acts as an important factor in the synthesis of carnosine within muscle cells. Without beta alanine, carnosine cannot be formed. Carnosine is found in the muscle fibers and has the task of buffering hydrogen ions. As a result, the ph value in the muscles does not drop, so that the muscle does not become acidic. The pH value automatically drops during intense sporting activities, which also reduces the calcium content in the cells. The hyperacidity would lead to burning in the muscles and ultimately also to muscle fatigue and failure at the end of a training set. ATP becomes less effective in an acidic environment. In addition, calcium is released more poorly. However, this substance plays an important role in muscle contraction. With a higher carnosine level and thus the buffered hydrogen ions, more repetitions with heavier weights are possible. Particularly with a high intensity, this leads to a greater load capacity of the muscles. This is the reason that strength and endurance athletes take beta alanine before training sessions because after taking it, there is improved muscular endurance, strength, the general provision of energy and an increase in maximum oxygen uptake. Beta alanine is therefore one of the most popular supplements for increasing performance alongside creatine.

Creatine occurs in the body. Here 95 percent of it is stored in the muscles and is used for energy supply. The creatine store in the body is broken down by increased muscle exertion. He can produce the creatine himself or take it in with food. It is mainly found in raw meat and fish. Therefore, the intake of creatine through food is low, so that it makes sense, especially for athletes, to take it in the form of a dietary supplement to meet requirements and to maximize performance and training results. In particular, people who eat little meat in their daily diet can counteract an undersupply of amino acids with ideal supplements. In particular, short, intense loads can be endured longer and hard training units stay longer at a higher level. The ingestion of creatine ultimately causes a faster muscle build-up, because the muscle exhaustion process is drawn out because the energy supply in the muscle is maintained. Taking creatine has proven to be very beneficial, especially for strength athletes and bodybuilders. This results in a good window of intake in the morning before breakfast, ideally together with grape juice or other carbohydrates that are readily available.

The combination of beta alanine and creatine

The combination of beta alanine and creatine can have an even better effect in terms of muscle building, fat loss, strength and performance. This can increase the training volume and strength. It is possible to do more repetitions with the same weight. The maximum strength increases much more than if only one preparation is taken. This results in a very targeted lean muscle build-up. Creatine alone is only considered to increase performance, while fat loss is an effect that does not occur when using creatine alone. When both are taken together, the combination appears to have synergistic interactions. Not only is the lean mass increased, but strength can also be tripled after a few weeks of training. Those who only consume creatine, on the other hand, can also record an increase in strength, but not increase the fat-free mass. The combination causes more body fat to be lost. The amino acid beta-alanine is becoming more and more positive as it can help improve performance. Thanks to the combined intake with creatine, this effect can be intensified, because muscle strength and endurance are extended. Many athletes have therefore recognized the combination of creatine and beta alanine as a real insider tip, especially for muscle building training, because the combination results in a better build-up of lean body mass and a reduction in the percentage of body fat.

The advantages of the beta alanine and creatine combination at a glance:

In summary, the combination of beta alanine and creatine is the only combination that is very effective in increasing endurance, strength and workout, but at the same time reducing recovery times. So if you want to improve your workout intensity, you should equip yourself with the optimal supplements: beta alanine and creatine. Beta alanine does not replace creatine because the two substances work in very different ways. Creatine is still effective for increasing maximum performance and strength. But ideally, the two substances should be taken together, because this results in the ultimate combination for the best training success. As a result, significantly more muscle mass can be built up and the body fat percentage can be reduced at the same time. With the combination, the endurance exercise can be extended to exhaustion. For this reason, those who want to achieve the best possible result should opt for a combination of beta alanine and creatine. It couldn't be easier or better to achieve additional effective performance. The two supplements are an absolutely unbeatable team.